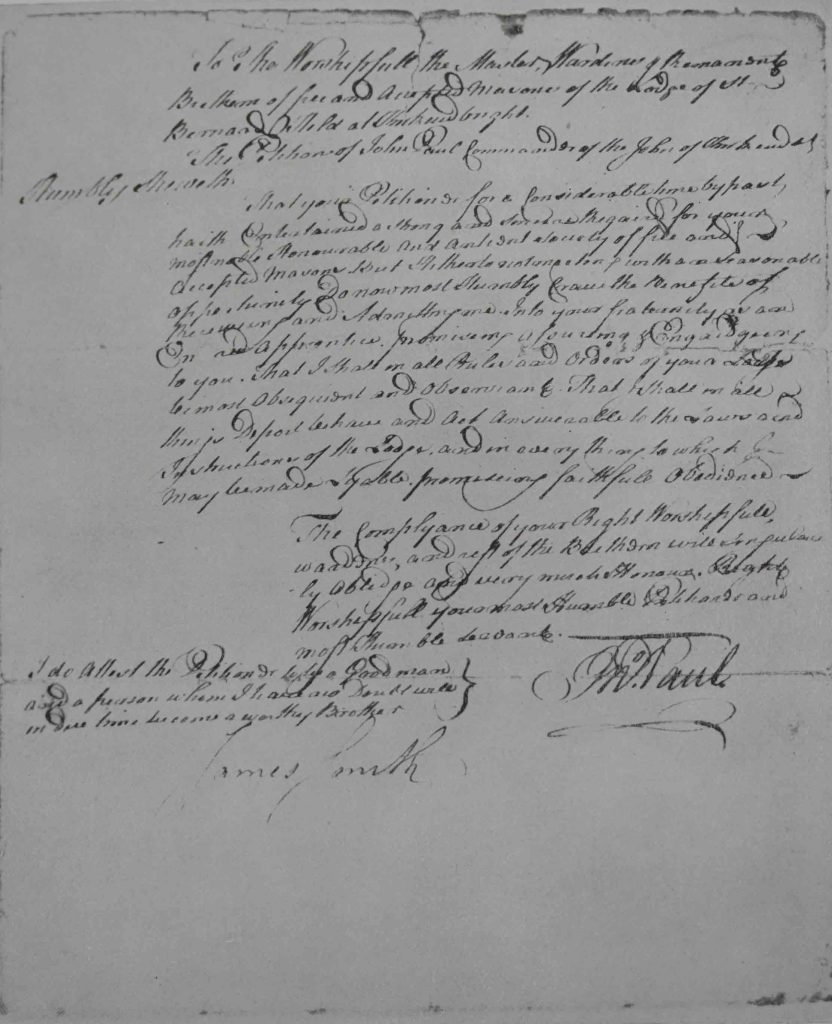 To the Worshipfull, the Master, Wardens & Permanent Brethren of free and accepted Masons of the Lodge of St Bernard held at Kirkcudbright.The Petition of John Paul, Commander of the John, of Kirkendal, Humbly Sheweth

That your Petitioner, for a considerable time by-past, haith entertained a strong and sincere Regaird for your most noble, Honourable, and Ancient Society of Free and Acepted Masons, but Hitherto not meeting with reasonable opportunity Do now most Humbly crave the benefit of Receiving and Admitting me Into your fraternity as an Entered aprentice, promising, assuring and engaidging to you That I shall on all Rules and Orders of your Lodge be most obsequient and observant. That I shall in all things Deport, behave, and act answerable to the Laws and Instructions of the Lodge, and in every thing to which I may be made lyable, promising faithful obedience. The complyance of your Right Worshipfull Wardens and rest of the Brethren will singularly oblidge and very much Honour, Right Worshipfull, your most Humble Petitioner and most Humble servant.

I do attest the Petitioner to be a good man and a person whom I have no doubt will in due time become a worthy Brother. 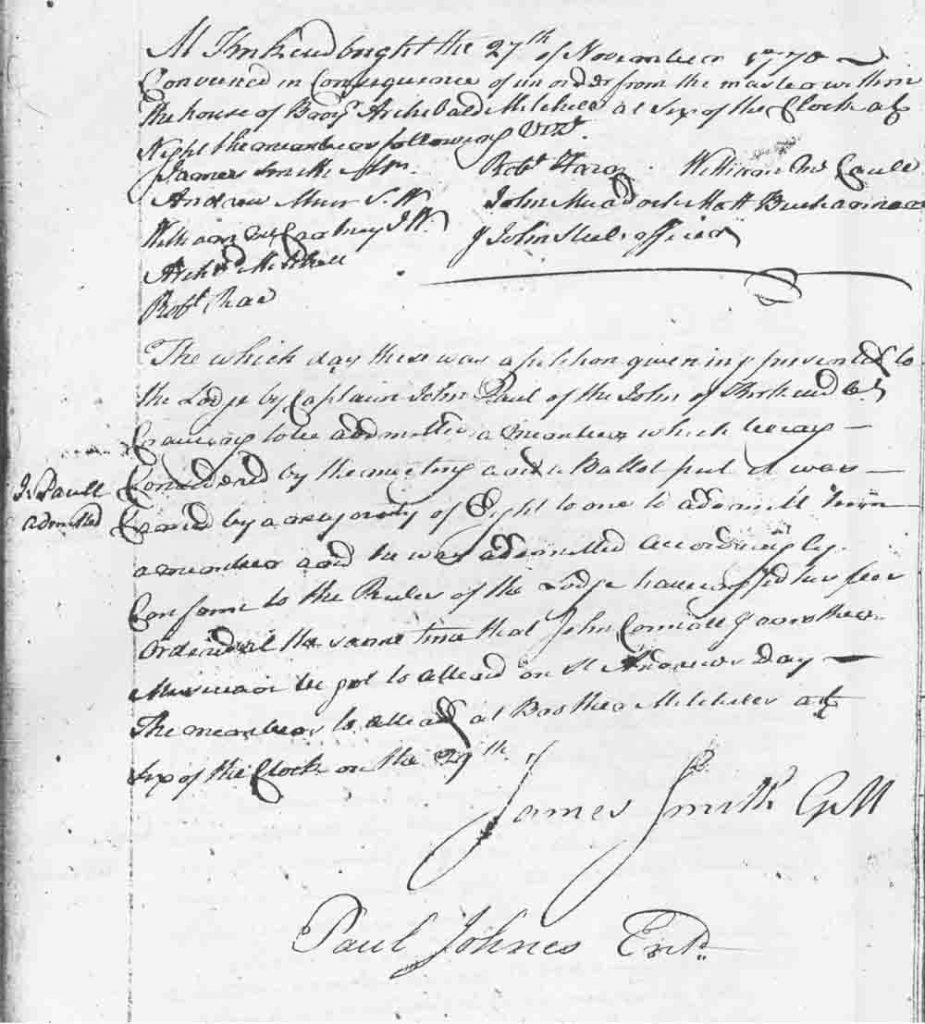 Minute of meeting of St Bernard’s Lodge, Kirkcudbright 27th November 1770At Kirkcudbright the 27th of November 1770 ~ Convened in Consequence of an order from the master within the house of Brothr Archibald Mitchell at Six of the Clock at Night the members following vizt.

[In the margin] J Paull admitted

The fee was one guinea. In the minute John Paul Jones is described as Captain John Paul of the John. There is also in another hand to the minute taker the entry “Paul Johnes Entd” ie admitted as entered apprentice. If contemporary to the meeting it contains the earliest use of the name Johnes. It is commonly thought that he changed his name after the incident concerning the death of one of his crew in Tobago in late 1773. There is also an often repeated story that he stayed with a family called Jones in America and he took his name from them.
The minute book contains entries up to 1796 and of course the entry could be even later still but it is in an early hand which is close in style to Jones own handwriting. Jones, however, signs himself Jn Paul at one place elsewhere in the minutes. One could speculate that the name Johnes was derived from the name of his ship. In the raid on St Mary’s Isle in 1778 the Countess of Selkirk describes him as being called Johnes or Johns.

Further Information on Masons
can be found at the following site.