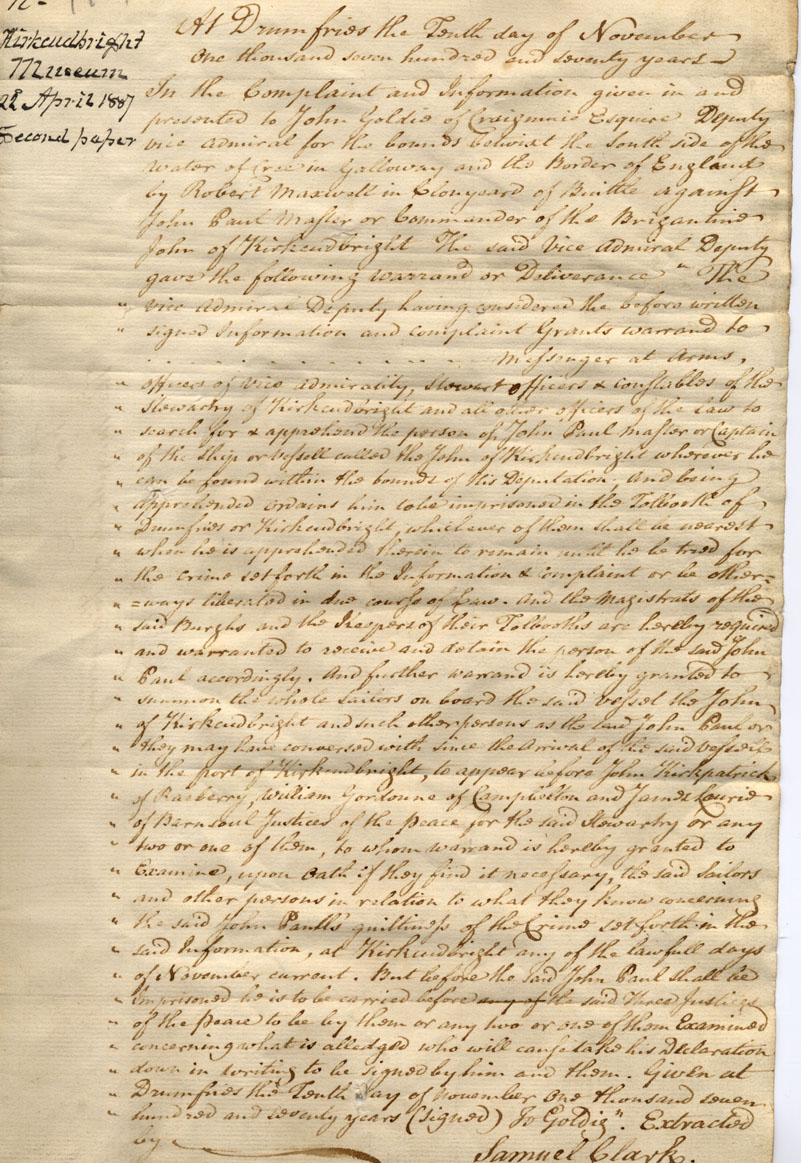 At Drumfries the Tenth day of November

In the Complaint and Information given in and

Vice Admiral for the bounds betwixt the South side of the

Water of Cree in Galloway and the Border of England

by Robert Maxwell in Clonyard of Buittle against

John Paul Master or Commander of the Brigantine

Gave the following Warrand or Deliverance ~ The

Vice Admiral Deputy having considered the before written

Officers of Vice Admirality, Stewart Officers & Constables of the

Stewartry of Kirkcudbright and all other officers of the law to

search for & apprehend the person of John Paul Master or Captain

can be found within the bounds of his Deputation; and being

Apprehended ordains him to be imprisoned in the Tolbooth of

Dumfries or Kirkcudbright whichever of them shall be nearest

-ways liberated in due course of Law. And the Magistrates of the

said Burghs and the Keepers of their Tolbooths are hereby required

Paul accordingly. And further warrand is hereby granted to

summon the whole Sailors on board the said vessel the John

in the port of Kirkcudbright, to appear before John Kirkpatrick

two or one of them, to whom warrand is hereby granted to

Examine, upon Oath if they find it necessary, the said Sailors

and other persons in relation to what they know concerning

said Information, at Kirkcudbright any of the lawful days

of November current. But before the said John Paul shall be

concerning what is alledged who will cause take his Declaration

down in writing to be signed by him and them. Given at

Drumfries the Tenth day of November One thousand seven