Crew of the Bonhomme Richard

On 23rd September 1779 John Paul Jones fought his most victorious battle at Flamborough Head near Filey, Yorkshire. After several hours of battle he took the British Navy ship the Serapis. At 10.30pm the Bon Homme Richard sank.Out of the crew of 322 at the start of the battle, more than 150 were killed or seriously wounded. HMS Serapis was a wreck and her crew of 284, more than 130 lay dead or seriously wounded. In honour of all the men who fought in the battle we have listed below their names, nationality and role onboard. 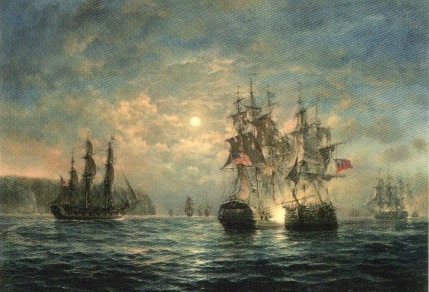